Can Data Make India a Safer Place for Women?

For the first time, India was ranked the most dangerous country for women with regards to sexual violence by the 2018 Thomson Reuters perception survey. The results sparked heated debates in India, which was ranked ahead of Syria, the Democratic Republic of Congo, and Saudi Arabia.

In my opinion, the results were not surprising. The 548 experts who were polled, including myself, understand that India needs to do more to address the many forms of sexual violence that are pervasive in the country. This is not India’s only low ranking on a global gender survey: India ranks poorly (131 out of 153) on GIWPS’ global Women, Peace, and Security Index and is in the lower rungs of the World Economic Forum’s annual Global Gender Gap Report.

These poor rankings not only harm India’s image abroad, they also suggest a low quality of life for its citizens—particularly women—in terms of economic and political empowerment, health, access to justice, and security.

Take, for example, the horrific sex ratio in India that has dropped to 806 female births for every 1,000 male births in two states, Rajasthan and Andhra Pradesh. In a country where sex determination tests for pregnant women are banned and where there is no forced “one child” policy, the preference for male children results in femicide to an extent where India now has 37 million extra men. This has long-term implications, further affecting the status of women and the violence directed towards them.

Preference for a male child means that from birth a girl child is discriminated against. She may not be able to access education, even though it is free. She is treated as property and is protected until she can be married off—often, as soon as possible. This translates to restricted mobility and access to opportunities, including careers and finances. Often, a woman’s earnings are taken over by her family, and she does not have the independence to walk away from abusive relationships.

Violence against women in India is all too often experienced from the womb to the tomb.

The stigma surrounding single women, unmarried women, divorced women, and even financially independent women are all linked to these patriarchal and misogynistic attitudes. Whatever category a woman may fall in, she is not given a level playing field to succeed. And when women do succeed, it often comes at great personal cost—mental, emotional, and physical.

This low status of women affects the way women are perceived and the opportunities available to them. Although the Indian Constitution gives women equal status to men, in reality women face exclusion from true participation in a society and access to human rights. How can a country claim to be a democracy when half of its population is excluded because of socio-cultural norms, poorly designed policies, and poor governance and accountability?

To hold the country accountable for the gender inequality that exists, we need timely information and data, like that produced for the global indexes. Other kinds of data collection can be effective too.

For instance, sexual violence is pervasive, yet it is highly under-reported due to socio-cultural norms, patriarchy, shame, taboo and fear of the oppressive systems of justice. To address this data gap, I co-founded Safecity, which is a platform to encourage anonymous reporting of sexual violence. These stories are collated as location-based patterns and trends and visualized on a map. The aim is to make it available in the public domain so that the information can be used by individuals to make better choices for their safety, while communities can find local solutions by demanding accountability from service providers like the police and municipal authorities.

Our data is having an impact. 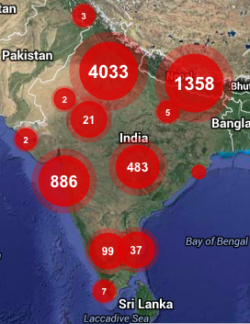 Thus far, we have over 12,000 stories from not just India but all over the world, including countries like Kenya, Nepal, and Cameroon where we work with partner NGOs. We’ve shared our data with the police, municipal and transport authorities to strengthen response mechanisms to sexual violence in public spaces.

In several cases, when police have been presented with the data, they have changed beat patrol timings and increased patrolling in areas where there are disproportionately high numbers of sexual assaults or sexual harassment, according to reports by SafeCity users. Municipal authorities have fixed street lighting and made safe public toilets available. Currently, we are working with the Mumbai Railways and Railway police to make their helplines work more effectively and build commuter confidence in making complaints that will be dealt with effectively.

We have also used the information to engage citizens through awareness workshops and safe neighborhood campaigns.

Challenging cultures of violence is partly about policies, but it is also about giving people a voice. By making it easy for people to share their stories and report—and thus transparently showcasing data—we can more easily hold institutions accountable. 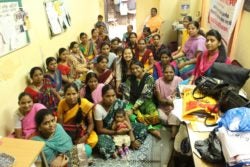 At the end of the day, addressing sexual violence is a matter of governance. By not providing the basic requirements of safety and security to half the population, the government is excluding them from fully participating in society and further encouraging the second-class citizenship of women.

As the largest democracy and an emerging economy, it is necessary that India fixes its gender equality issue broadly and specifically addresses sexual violence. Our citizens deserve better.

ElsaMarie D’Silva is the Founder of Safecity, a current Reagan Fascell Fellow at National Endowment for Democracy (2019) and a fellow at Vital Voices (2014), Aspen New Voices (2015), Yale World Fellow (2018) as well as an alumni of the US State Department’s Fortune Program.