We Can Never Forget: A Conversation with Nadia’s Initiative Six Years After Genocide

Aug 3 – Today marks six years since the onset of the genocide against the Yazidi community by the Islamic State of Iraq and the Levant (ISIS). When ISIS invaded the Yazidi community’s ancestral homeland in the Sinjar region of Iraq in 2014, they launched a campaign to eliminate the ethno-religious minority, displacing more than 350,000 Yazidis; murdering over 3,000 (mass graves are still being discovered); and abducting over 6,000 women and children to be sold as slaves and subjected to forced conversion, torture, and sexual violence.

GIWPS spoke with Nadia’s Initiative, a survivor-centered organization founded by Nobel Peace Prize Laureate and Yazidi survivor Nadia Murad in 2018. Nadia’s Initiative works to rebuild communities impacted by crisis and trauma with a specific focus on advocating for survivors of sexual violence. During our conversation, the Executive Director and co-founder of Nadia’s Initiative Abid Shamdeen estimated that there are still 2,800 Yazidi women and girls missing, most of whom are being held in Syria and Iraq. The work of finding and rescuing these missing women and girls has largely fallen to Yazidi individuals and human rights organizations, whose efforts usually involve paying thousands of dollars to a network of captors, smugglers, and brokers.

Currently, Nadia’s Initiative is focused on rebuilding Sinjar. After its liberation in 2015, the Yazidi homeland became a disputed territory, claimed by both the Iraqi and Kurdish governments. Despite the effective military defeat of ISIS in 2019, the group still operates in underground cells, and Turkey’s incursion into the Syrian conflict last year has resulted in airstrikes in Sinjar. Additionally, the region is covered with land mines, and while demining campaigns are underway––including ones led by Yazidi women––their presence continues to inhibit resettlement. Shamdeen informed us that 30 to 40 percent of the Yazidi population still lives in camps for internally displaced persons (IDPs) in Northern Iraq, where they lack regular access to education, healthcare, and employment opportunities, and the rates of suicide and child marriage have increased. The International Organization for Migration in Iraq reported that 8,581 individuals returned to Sinjar between June 8 and July 10, a significant increase compared to previous years. However, those who have returned and those hoping to return need assurances of security and reconstruction (read the Initiative’s full status report on Sinjar here).

In an effort to rebuild Sinjar, Nadia’s Initiative has implemented re-development and reconstruction projects centered on education; water, sanitation, and hygiene (WASH); women’s empowerment; livelihoods and food security; and healthcare. Olivia Wells, the Director of Programs & Impact, told us that Nadia’s Initiative has completed 22 projects since 2018 with another 30 in the works. As part of its focus on women’s empowerment, Nadia’s Initiative is working to provide 345 female-headed households with tangible support such as kitchen gardens, greenhouses, and cash. It is also providing 55 female survivors with small business management training and set-up in addition to psychosocial support. Since education is a key motivator for Yazidis returning to Sinjar, the Initiative has rehabilitated six schools and is hoping to rehabilitate 10-15 more in the future. As part of the WASH hygiene project, the Initiative has worked to restore potable water in six villages, benefitting 61,437 residents. Wells highlighted that in tandem with these projects, Nadia’s Initiative is constantly advocating for security and local governance to be put in place so that more Yazidis can return. She added that while soft support in the form of training is useful, it must be done alongside hard support––shelter, rehabilitation, and restoration of basic services. You can read an overview of all of the Initiative’s 2018-2020 projects here.

Shamdeen stressed how in today’s world, our national attention span for human rights crises is exhausted. With each new conflict that dominates the headlines, our attention is continually refocused, and crises that drag on for years without resolution are often pushed from view. The Yazidi genocide is an ongoing crisis that the international community must not ignore. According to Nadia, Yazidi survivors “need more than empathy,” they need real action and impact. As they work to rebuild the identity ISIS tried to systematically destroy, the Yazidi community will never forget what happened to them, and nor should we.

Below is a list of action items that you can take to help Nadia’s Initiative and the Yazidi community. This list is in no way exhaustive and we encourage you to continue to find new ways to help.

2. Sign up for Nadia Initiative’s newsletter to stay up to date about their work and how you can support them.

4. Stay engaged by subscribing to the newsletters and following the social media accounts of other survivor-centric organizations working to help Yazidis.

5. Donate to Nadia’s Initiative and other Yazidi organizations.

6. Use your own social media accounts to advocate for justice and the restoration of Sinjar. You can draft your own messages, or you can retweet/share the posts by Nadia’s Initiative and other Yazidi organizations.

Cira Mancuso is a student Research Assistant for the Georgetown Institute for Women, Peace and Security. She is a candidate in the Security Studies Program at Georgetown University, majoring in International Security and minoring in Spanish. 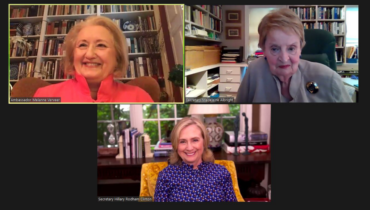 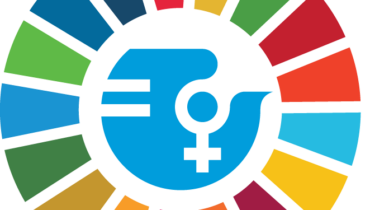