Where are the Women: Advancing Women’s Leadership in Politics and Peacebuilding

Women play major roles as decision-makers and leaders, yet progress on women’s political representation has been slow across much of the world. Only 22 countries have women in the highest position of political power and only 25 percent of national parliamentarians are women. Getting women in top leadership positions is critical—but it is also not enough. Traditional gender roles, conscious and unconscious biases, and discriminatory attitudes and norms continue to pose barriers to women’s full and meaningful participation.

Here we highlight strategies and best practices for increasing women’s meaningful political participation from around the world, which include women’s quotas, gender caucuses, training and capacity building, and supporting women in leadership roles. The transition period from conflict to peace is also a key moment to enshrine principles of gender equality and set the conditions that continue to advance women’s political participation.

Women’s visibility in positions of power and authority is key to changing local attitudes about their leadership. Pursuing special measures for gender inclusion, including quotas, reserved seats, and benchmarks, can help boost women’s meaningful representation in government and leadership roles. 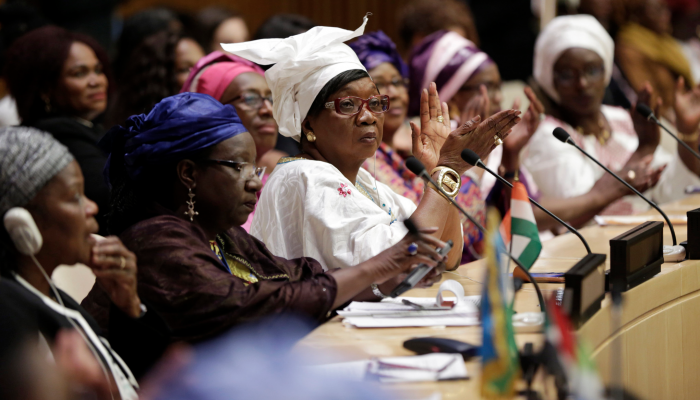 “There’s disproportionate interest in women politician’s appearance and family structure… such stereotypes cannot persist if we drag them into the open and shine a light on them.” — Julia Gillard, Former Prime Minister of Australia 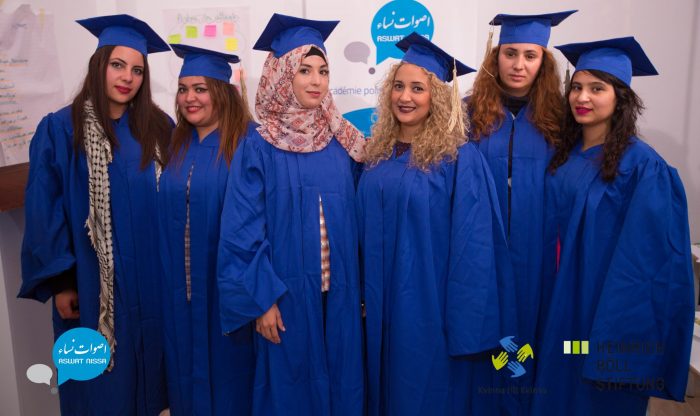 “It was very important that we were inclusive because we were building our democracy, and we wanted all women, all voices to be represented in the Parliament and in the political sphere. One of the reasons we engaged with the Islamist party is because they were the winning party, and if we are serious about channeling our demands and achieving systemic change we need to engage with that power.” — Ikram Ben Said, Founder, Aswat Nissa, Tunisia

“If we don’t invest in efforts to transform the internal party processes, we will always find that women will be marginalized and underrepresented in all positions of power and decision-making, because gender equality is not going to happen by some evolutionary miracle.” — Rumbidzai Kandawasvika-Nhundu, Senior Advisor for Democracy and Inclusion, International IDEA

Gender-targeted public funding for political parties can overcome the financial obstacles that pose a barrier to women’s equal representation. Gender-sensitive budgeting is also critical for sustained support to the gender equality agenda by allocating resources to the specific needs and priorities of women.

Creating gender caucuses can sustain support for women’s active participation in politics, peace, and security processes by highlighting their voices and contributions in a meaningful way.

Women-led social movements, civil society organizations, and political leaders can help build strong institutions and foster accountability and transparency, including in places where democracy has been repressed and during transitions following violent conflict or crisis.

CAPITALIZING ON THE POST-CONFLICT MOMENT TO ADVANCE EQUALITY

The transition period from conflict to peace is also a key window of opportunity to advance women’s political participation and gender equality, which also makes peace more sustainable. 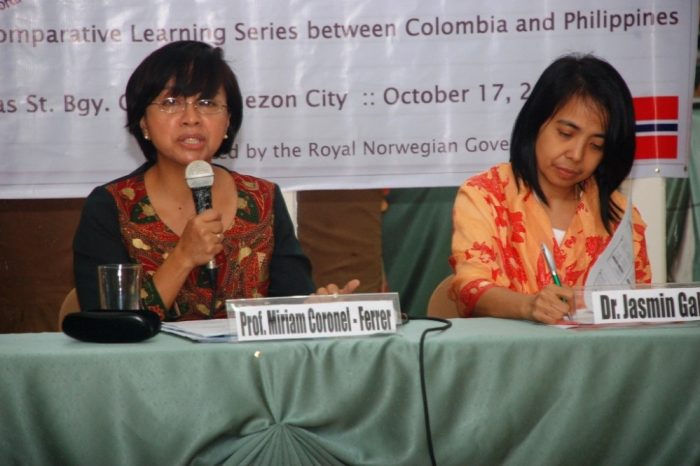 To capitalize on this moment, ensuring women’s meaningful participation in official peace negotiations (Track I) to informal peacebuilding initiatives (Track II) is key. Supporting women at all stages of peace processes is critical for building local trust in formal political processes and providing information and technical expertise to political leaders, who are well-positioned to advocate for women’s issues. The peace processes in Colombia, the Philippines, and South Sudan are three promising examples: