Protests in Colombia—now entering a fifth week—began in response to a tax reform measure and have continued with broader calls for reform. Despite the largely peaceful nature of the protests, the government has responded with disproportionate and violent force. This article provides an explanation of the origins of the protests; women’s role in the national strike; and their experience of violence at the hands of the Colombian government.

Why are Colombians protesting?

The widespread protests in Colombia are a continuation of protests held in the past two years. In November 2019, thousands of Colombians took to the streets to manifest discontent over the failure of President Ivan Duque’s right-wing government to respond to increasing inequalities, insecurity, and the delay in implementing the 2016 peace accord. However, the spread of COVID-19 put a halt to the demonstrations in 2020 and prompted the government to respond to the emerging pandemic.

Beyond the health crisis, the pandemic has amplified popular discontent and exacerbated pre-existing economic inequalities. According to the National Statistics Department—DANE—the pandemic increased the poverty rate from 35.7% to 42.5%. An additional 3.5 million people fell into poverty over one year, with women and young people disproportionately affected. A higher number of women lost their income as the gender unemployment gap doubled from 5% to 10%. This loss of income is even more visible among younger populations, where 37.7% of women are unemployed in comparison to 24.1% men. In addition to economic hardships, the country has seen an escalation of violence against social leaders in war-torn regions, particularly against women rural leaders.

Despite the economic and social deterioration, President Duque proposed a tax reform in April 2021 in order to respond to the shortfall in the state budget. The government proposed several redistributive provisions increasing taxation to the already squeezed middle-class and lower-income groups, who had been hit hard by the socio-economic consequences of the pandemic. 75% of the targeted tax payers simply could not endure the tax reform, which then became the trigger for the current protests in Colombia.

In response, labor unions, students, and small-scale farmers called for a national strike on April 28, 2021. Since that day, massive protests have taken place in both urban and rural areas in Colombia. Unfortunately, what started as a peaceful mobilization has witnessed an escalation of violence, where protesters are met with brazen brutality and a disproportionate use of force against mostly pacifist protesters. The anti-riot police unit, known as the ESMAD, or Mobile Anti-Disturbance Squadron, and the National Police have committed abuses against the protesters, including beating, the use of fired guns with alleged deaths, sexual abuse, arbitrary detention, and disappearances.

So far, this violent repression has induced the international community to condemn and call repeatedly for the cessation of the violation of human rights. The United Nations, European Union, 55 US congress members, and international organizations of human rights have condemned the use of violence. On May 14, the Inter-American Commission of Human Rights asked the permission of the government to carry out a fieldwork assessment in order to evaluate the human rights situation in relation to the national strike.

How women and men protesters have been affected by the violent protests?

As of today, the Human Rights Ombudsman in Colombia estimates that 43 people have been killed during the protests and more than 500 people are reported missing or disappeared. Most of the deaths are young protesters, aged between 15 and 28 years old. Temblores NGO, a CSO specialized in recording police violence, has identified 2,905 cases of police violence, 1,264 arbitrary detentions, 575 violent interventions in pacifist protests, 153 shooting cases against protesters and 5 victims of gender-based violence. Sex-disaggregated data is still scarce, but the Fundación Lazos de Dignidad has reported that 2 women have been killed, 32 arbitrarily detained, 8 injured, and 14 disappeared.

Young women who took to the streets have also reported sexual violence committed by the national police during demonstrations in several locations, among which are Bogota, Acacias, Popayan and Cali. One woman revealed that while she was in arbitrary custody in San Benito neighborhood in Bogota, she was forced to take her clothes off before being sexually assaulted by police officers. On May 14, another instance of sexual abuse caused national outrage when a seventeen-year-old-woman was violently detained and sexually assaulted by four anti-riot police officers in Popayan, in southwest Colombia. A day after her release by the police, human rights organizations published that she took her own life after denouncing the police on Facebook.

To mitigate the risks of sexual violence, non-governmental organizations have created online platforms and hotlines to gather data and offer legal assistance to victims of sexual violence such as Sisma Mujer, University of Andes, and Temblores. In addition, La Defensoría del Pueblo, the Human Rights Ombudsman, has provided an online form to collect data on cases of sexual violence including physical, psychological and verbal instances; sexual assault and harassment; disproportional use of force against women; gender-based arbitrary detention; femicide; and forced disappearance.

What role have women and feminist organizations taken in the national strike?

Despite the risks and instances of violence, women and feminist organizations have actively partaken in demonstrations, organized collective actions, denounced the police violence and suggested solutions to the political crisis. Women’s agency has been critical for the demonstrations. Women protesters have also participated in the collection of donations to sustain the protests, set up community-based kitchens to provide food to young protesters, supported the medical missions assisting those injured in clashes against the police and have also formed women’s frontlines to protect protesters from police crackdowns.

A feminist manifesto was even published on May 12 with a list of proposals signed by more than 600 feminists and 173 women and feminist organizations. These organizations represent ethnically-diverse groups of women from different regions, from both rural and urban centers as well as with different political stands.

The list of these proposals can be summarized in three main points. First, women and feminist groups call for more representation at the ‘National Dialogue’ between the government and the National Strike Committee Leadership. They urge for the integration of a women’s agenda, as well as gender parity in representation of the parties. Second, they demand the dismantling of the anti-riot police and the definition of a comprehensive National Police reform, which aims to restructure the police force following protocols to guarantee and protect human rights. Third, they propose a socio-economic package to address inequalities, namely the disproportionate gendered economic impact of the pandemic on women and women-headed households in order to address the aggravated gender economic inequality experienced in the last year.

However, these petitions have not leveled-up to the National Strike Committee nor any other dialogue spaces formed by the government yet. As some Colombian experts have highlighted, Colombia is facing a crisis of representation which  affects the likelihood of a successful dialogue between the Committee and the government. Political parties are largely absent in the process. Civil society organizations and labor unions are fragmented and accused of not being representative of the groups who participate in the protests. In fact, women and feminist groups have attempted to push their demands to the National Strike Committee, but they revealed that they do not recognize women and feminist claims, and some denounced the committee as a ‘patriarchal and masculinized’ space.

The National Strike Committee is comprised of 20 members, including only two women: Jennifer Pedraza, a student leader of the Colombian Student Association, and Diana Cecilia Gomez of the Worker Unions. In addition, two more women have also worked closely with the Committee but as unofficial members: Elizabeth Quiñonez from the feminist movement and Ligia Inéz Alzate of the Workers Union. Unfortunately, the committee does not resemble the large diversity of groups and agendas that have partaken in the protests such as young, indigenous, afro-Colombians, LGBTQI+, grassroots, and women from the periphery.  For now, the official list of petitions of the Committee only include a reference to stop sexual violence against protesters by the police; they do not include more gender-focused proposals presented by the women and feminist movement.

As the country is trying to find a peaceful way out of the crisis, only a more inclusive and organized dialogue is likely to solve the political crisis in Colombia, especially taking in consideration the demands of women who have been disproportionally affected by the current socio-economic inequalities.

Juan Diego Duque-Salazar is PhD candidate at the Department of Peace and Conflict Studies at Uppsala University in Sweden. His research focuses on the impact of political violence on women’s political participation in Colombia and Nigeria. Twitter: @juandi122 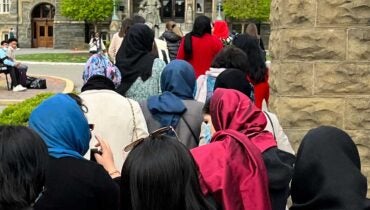 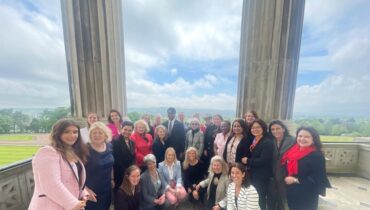 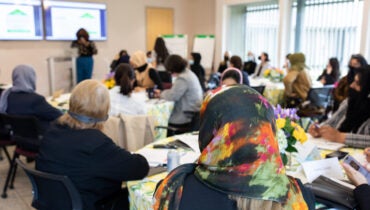