With the rise of violent extremist groups around the world, questions around how to disengage participants from these groups and reintegrate them back into society have become urgent. To date, most deradicalization programs have been designed for men, and there have been few efforts to create programs that specifically address the needs of women returnees. Earlier this fall, GIWPS hosted an expert workshop on “Women, Deradicalization, and Reintegration” as part of our Bridging Theory and Practice series. This article and corresponding policy brief highlight experts’ recommendations for thinking more critically about the gendered challenges of deradicalizing and rehabilitating women extremists.

Literature on gender, deradicalization and rehabilitation is scarce. While a growing number of studies focus on women as violent actors, their pathways to radicalization, and operational roles within violent extremist groups, few explore what happens to women when they exit such groups.

“Little consistent thought has been given to the gender dynamics and gender specificity of deradicalization programs,” noted UN Special Rapporteur for the promotion and protection of human rights while countering terrorism Fionnuala Ní Aoláin.

Though women remain relatively neglected in deradicalization research and programming, their participation in violent extremism is only growing. Women represent up to 20% of Western recruits to the Islamic State, and Boko Haram has used female suicide bombers at unprecedented levels. As greater numbers of women join extremist groups, failing to investigate, prosecute or rehabilitate them upon their return risks creating a dangerous gap in security processes.

While some women in violent extremist groups are kidnapped, such as the famous case of the Chibok schoolgirls in Nigeria, or trafficked Yazidis in Iraq, many join for the same varied reasons men do, including family or personal ties, desire for revenge, lack of opportunity, feelings of isolation, or ideology. In some situations, women who at first were victims can become perpetrators, either to better their situation, through personal relationships, or due to indoctrination to radical ideas. There is not a simple binary between victim and perpetrator, and women engage in extremist violence in complicated ways. Responses to women’s participation tend to overlook this nuance, however, assuming instead that women have been coerced into extremism.

In cases such as Nigeria or Kenya, where women are active participants in extremist groups Boko Haram and Al Shabaab, prisons and rehabilitation programs for women returnees face gendered challenges. The stigma of sexual violence often leads to alienation and social isolation of women returnees, even those who were kidnapped or trafficked. Many women return pregnant, or with young children. In some cases, even when women are accepted back into their old communities, their children are seen as ‘tainted’ by terrorism. Few deradicalization and rehabilitation programs are equipped to deal with the additional step of reintegrating children. This can have significant implications for whether and how women exit extremist groups, since familial and social ties may be difficult to break, even in cases of disillusionment or cognitive shift.

Additionally, it may be difficult to rehabilitate women extremists when the societies they return to offer few viable alternative opportunities. Often women who join armed political groups, like the FARC in Colombia, say membership in such groups gave them relative freedom and opportunity compared to traditional societies. In Sierra Leone, Nepal, Northern Ireland, and elsewhere, former female combatants were disillusioned in post-conflict transitions after being stripped of the political agency and relative equality they had gained as insurgents. Experience from Nigeria suggests that this phenomenon carries over to other types of extremist groups. Some women report joining Boko Haram for material and social opportunities not available in their own villages, where they have little access to education or economic empowerment. After completing deradicalization programs, they return to societies where poverty and social marginalization remain unchanged, and some have even returned to Boko Haram. Their grievances will not be addressed without major changes to social norms and opening new socioeconomic opportunities for women.

In order to ensure deradicalization and rehabilitation efforts are effective, a more rigorous investigation of women’s radicalization paths, their operational roles in violent groups, and their specific needs upon returning, is needed. Continuing to overlook the growing population of women extremists creates a dangerous security blindspot when they return to their home communities. 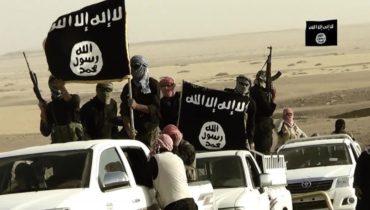