Monica McWilliams helped negotiated an end to conflict in Northern Ireland. Today, Yemeni women are coming together to push for peace.

Monica McWilliams fought for a seat at the peace table that negotiated the end to conflict in Northern Ireland in the late 1990s. As one of only two women in the room, she tells us what they had to endure to make their voices heard for peace.

But first, Seeking Peace’s executive producer Kate Osborn spoke to a young peace activist from her home in southern Yemen, where the war there is entering its fourth year. In the face of what feels like a never ending conflict, a group of Yemeni women have come together to push for peace. The Peace Track Initiative seeks to put the needs of women at the forefront of ending the conflict in Yemen. Nisma Mansour is their on ground field coordinator. 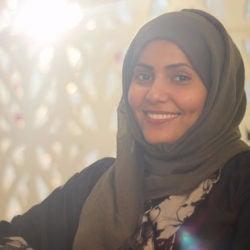