Where is Gender Equality in the United States?

The year 2020 marks the 25th anniversary of the United Nations Fourth World Conference on Women and resultant Beijing Declaration and Platform for Action, which set forth an agenda to remove the systemic barriers to gender equality in public and private spaces. To commemorate this anniversary and accelerate progress on gender equality, the UN Women-led Generation Equality Forum will commence in 2021 as a global forum to “launch a set of concrete, ambitious, and transformative actions to achieve immediate and irreversible progress towards gender equality.”

With this global backdrop, it’s time to ask where gender equality stands in the United States. National polling data from 2017 indicate that beliefs regarding the persistence of gender inequalities in the U.S. and the need to focus on this issue vary substantially by sex (women are more in favor of focusing on gender equality than men), political party affiliation (democrats/left-leaning individuals are more in favor than republicans/right-leaning individuals), and age (younger adults age 18 to 36 are more in favor than those of Americans aged 37+). Nonetheless, this poll overall reveals that in 2017 the majority of U.S. adults (56%) believed gender equality had been achieved in the U.S.

New findings from the U.S. Women, Peace and Security (WPS) Index released in October, however, suggest public opinion has evolved, and that we have far to go to protect women’s rights in the U.S.

Last month, the Georgetown Institute for Women, Peace and Security (GIWPS) published a new U.S. WPS Index: the first-ever comprehensive ranking of women’s rights and opportunities across all 50 U.S. States. The Index reveals great variation across the country, with some states demonstrating gender disparities comparable to that of low income, low equality nations. The U.S. WPS Index includes the same three dimensions as the Global WPS index: 1) inclusion, as measured by women’s employment, education, and political representation, 2) justice, as measured by legal protections against sex/gender discrimination, attitudes about sex/gender discrimination, and reproductive/maternal health and health care access, and 3) security, as measured by safety in public spaces, freedom from intimate partner violence (IPV) and gun violence, and health care access.

A comparison of state rankings on the overall U.S. WPS Index finds the highest-ranked states are Massachusetts, Connecticut, Washington D.C., Vermont, Rhode Island, and New Hampshire, indicating greater opportunities for women in the Northeast, particularly in New England. In contrast, the lowest-ranked are: Louisiana, Mississippi, Arkansas, Alabama, Kentucky, and West Virginia, indicating fewer rights and opportunities for women in the Southeast. Mississippi and Louisiana have among the highest prevalence of women who are working poor, very low state-level political representation of women (<20%), no laws requiring domestic abusers subject to protective orders to relinquish firearms, and large gender gaps in perceptions of public safety in local neighborhoods. These geographic variations are consistent with previous research on health, education, and poverty, with states in the  Southeast faring worst and states in the Northeast faring best. What remains unclear from these data is whether poor policy protections and treatment of women lead to worse health, education, and economic outcomes, or the reverse. Regardless, the findings demonstrate the need for more focused geographic efforts on issues of gender equality.

The U.S. WPS Index highlights “jarring” racial disparities on the inclusion, justice, and security indicators for women, with notable intersections across poverty, race/ethnicity, and gender. First and foremost, the index shows that states with a higher GDP and higher state income per capita, higher state government spending per capita, and low racial diversity have higher rankings on the U.S. WPS Index. As the authors of the Index note in the report: “This is not surprising, since socio-economic inequalities in the US are both racialized and gendered.” Black, Latina, and Native American women are paid less than men and white women for the same work, are less likely than white women to hold high school and college degrees, and more likely than white women to be living in poverty, be part of the working poor, or lack access to health insurance via work.

The U.S. WPS Index indicators also emphasize the vast differences in health outcomes for white women and women of color. For instance, Black and Native American women are disproportionately affected by maternal mortality. In New Jersey, the rate of maternal mortality for Black women is four times higher than that of white women in the state, and in Montana, the rate for Native American women is seven times higher than for white women. The U.S. WPS Index indicators also demonstrate that Black, Latina, and Native American women are more likely than their white peers to report non-use of health care due to costs. In Utah, for example, 42% of Native American women report they did not seek health care in the past year due to cost, and in Arkansas, Georgia, Oklahoma, Missouri, North Carolina, and South Carolina, more than 30% of Latina women reported not seeing a health provider in the past year due to cost. These findings are all the more disconcerting in light of the COVID-19 pandemic, as we see a disproportionate burden of cases, hospitalizations, and deaths in communities of color. Efforts to address women’s rights must simultaneously support racial equality and economic justice; in the absence of addressing these issues with an intersectional lens, gender equality cannot be achieved.

Findings from the U.S. WPS Index offer important insight into ongoing issues of women’s rights and opportunities in the U.S. across public and private spheres with substantial variation by state. However, another key purpose of the Index is in guiding our efforts toward change and progress on issues of women’s rights in the country. Sadly, women’s issues have increasingly become a politicized issue in an already politically atomized society.

To that end, we recommend that findings from this work be used to more effectively accelerate progress toward the following goals:

We are not a lone nation contending with these political issues from within; however, we appear to be somewhat singular in our inability and/or unwillingness as a majority to recognize that gender and racial disparities persist in our country, despite clear evidence to the contrary. Other nations are joining Generation Equality efforts, as well as other global efforts toward Sustainable Development Goal 5: achieving gender equality and empowerment of all women and girls. They do so not as an indication of political alignment with a given party, but to prioritize fairness and to support national peace, security, and strength, a proven outcome of women’s equal participation in society. An easy first step toward this goal is U.S. participation in the Generation Equality Forum, and hopefully, when we see the next round of the U.S. WPS Index, we will see improvements in gender equality and elimination of the geographic and racial/disparities in that equality. 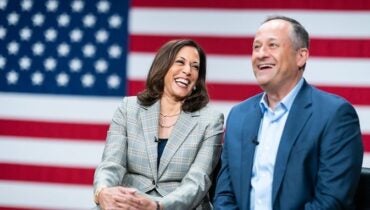 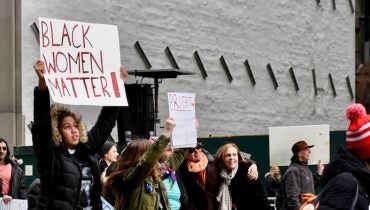